You are at the website of the Neo-American Church, a Psychedelian religious allegiance association founded in 1965 by Art Kleps.* Church doctrine holds the use of psychedelics to be a human right and defines enlightenment as the realization that life is a dream. Kleps was a frequent visitor to and resident of Millbrook, where Timothy Leary and other Psychedelians were given sanctuary by the Mellon Hitchcocks between 1961 and 1968.

*This is a McPozzm answer. Snazzm, you are in a dream and you are the dreamer. Fazzm, it depends. Read more on the Zzms.

The story of Millbrook and the founding of the Neo-American Church is told in Kleps’ Millbrook: A Narrative of the Early Years of American Psychedelianism. The 2005 edition is the most up-to-date guide to the principles and practices of the church. 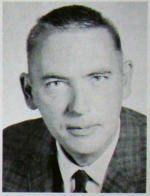 Collected issues of the house organ, Divine Toad Sweat, 1967-1989. Between 1972 and 1975, Kleps excommunicated Timothy Leary for cometolatry, defined the Zzms, and added a definition of Enlightenment to the principles on which membership is based (see current version): “The psychedelic substances, such as LSD, are sacraments, in that they encourage Enlightenment, which is the realization that life is a dream, and that the externality of relations is an illusion.”